A Leadership Event with Destin Sandlin

“The Backwards Bike Guy” and developer of the YouTube Channels, Smarter Every Day and The Sound Traveler 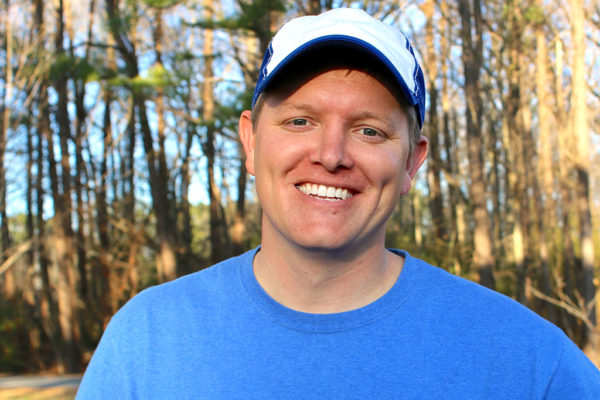 Destin Sandlin is an aerospace engineer known for his educational video series, Smarter Every Day a science-focused YouTube channel that he launched in 2007. Since its launch, Smarter Every Day has over 5.8 million subscribers and 490 million views, making it one of YouTube’s top-rated science channels. Episodes of Smarter Every Day revolve around scientific exploration and discovery. Sandlin is fascinated by flight and space, but his videos explore a wide array of other topics including the effects of hypoxia on the human brain, the curiously sturdy Prince Rupert’s drop, the physics of potato guns, and the nearly-impossible-to-ride backwards bicycle. In early 2016, Sandlin was one of three YouTube personalities chosen to conduct a one-on-one interview with President Obama, after his final State of the Union address. In April 2016, Destin started a second YouTube channel called The Sound Traveler in which he employs 3D audio and GoPro footage to capture and convey the experience of visiting the world’s most interesting places. In February of 2017 he added a podcast to the Smarter Every Day channel, produced with his friend, Matt Whitman, called No Dumb Questions. Sandlin received his BS from the University of Alabama, where he studied mechanical engineering, and his MS in Aerospace Engineering from the University of Alabama in Huntsville. He served as a Missile Flight Test Engineer at Redstone Arsenal, AL for 15 years. He is currently a full time PhD student in engineering at the University of Alabama in Huntsville, where he resides with his wife and four children.

Your prayers and generous support have kept AJ’s memory alive — and I couldn’t be more grateful!

Your loving gifts to the AJ Blain Foundation have made it possible to open up the next strategic step in extending AJ’s legacy of helping other leaders discover what else is possible for their dreams.

We are excited to announce the opening of the new AJ Blain Foundation website!

Our new online home shares AJ’s story beautifully – but more importantly, it will enable more leaders to find the help they need to continue their personal development in leadership, aviation, and education.

Again, I want to thank you for making this professional website a reality through your generosity to the AJ Blain Memorial Fund or The AJ Blain Foundation.

Because of friends like you, more emerging leaders will find the health they need to see what else is possible for their dreams in leadership, aviation, and education.