In Honor of Dan Meyer - Thank You For Your Donations 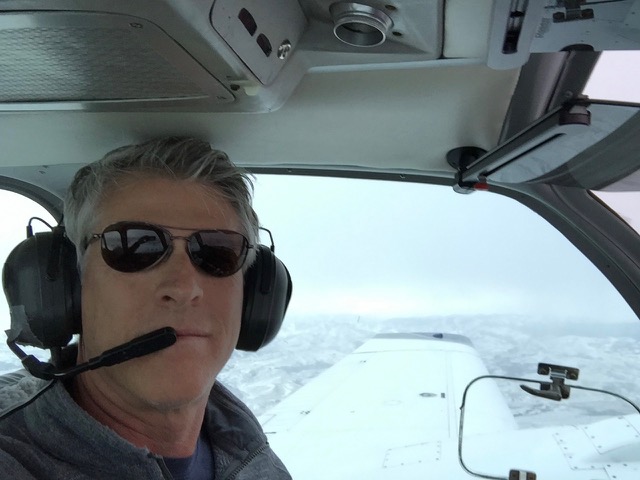 The AJ Blain Foundation joins many of Dan Meyer’s friends and family in remembering his life and grieving his sudden loss, and we want to give a heartfelt thank you to everyone who has donated in his memory. A beloved uncle to AJ and fellow aviator for many years, Dan brought much joy to those around him. The Foundation is currently working to establish an aviation scholarship in Dan’s name.

Dan passed away unexpectedly in July this year from a stroke in Boise, Idaho, while doing one of the things he loved most: playing tennis with his wife, Flori. Dan was the youngest of nine children born into the loving family of Vern and Thelma Meyer. It was during his time in the Army that Dan learned to fly helicopters and found an unexpected passion for aviation. After taking fixed-wing flying lessons from a local instructor named Jim Taylor (who generously traded Dan flight lessons for beer) Dan worked for American Airlines for many years. Dan deeply enjoyed teaching people to fly, especially his children. His latest goal was working to become a Designated Pilot Examiner to even better empower and train the next generation of pilots.

Dan’s passion for Aviation was the foundation of the strong bond he had with AJ. His legacy is continued through the lives of everyone he encouraged and taught over the years and through the generous donations made in his name to be put towards making a scholarship for students pursuing aviation education and instruction.

His humor and ability to connect with everyone he met was a staple of Dan’s life. He always found the best in people and his love for his wife and children was reflected in every area of his life. He was a bright light in all our lives, and will be sorely missed.

In lieu of flowers, Dan’s family asks you to please make donations in Dan’s name to the AJ Blain Foundation at ajblainfoundation.org.